Prices in a Tesco Advert from 1977

My essay Reading the Real Housewives of New Jersey, Seasons 1-8 has been published by Litro!

The Washington Post publisher Katharine Graham had a complicated relationship with her mother, Agnes Meyer. When confronted with a line at the movies, Graham wrote, her mother would go up to the box office and announce: “I am Mrs. Eugene Meyer of The Washington Post” so she could jump the queue. “As the years went on, my mother seemed to have a more and more difficult time emotionally. She became increasingly engrossed in her friendships with the series of men in her life… ” One of Meyer’s most intense relationships was with Thomas Mann, who later wrote to his biographer Donald Prater that he felt, “an almost uncontrollable desire to give this woman tyrannizing me a piece of my mind.” In 1943, he did:

“I, who am agitated by everything, who need peace and quiet as I do my daily bread,  who can neither accomplish anything nor even merely live in the midst of bickering and quarrels, but instantly go to pieces–I must suffer for it, and on account of something I have had nothing to do with. I must see the shattering of a friendship which was dear to me.

It was dear to me. I understood how much I, the foreigner, possessed in having it, and I served it faithfully and with care. Serving is the very word. For years I have devoted to it more though, nervous energy, work at the desk, than to any other relationship in the world. I have let you participate as well as I know how in my inner and outer life. On your visits I have read aloud to you for hours from new work no one else has seen. I have shown the most sincere admiration for you patriotic an social activities. But nothing was right, nothing enough. In my letters there was ‘no trace’–I no longer know of what, probably of humanity. You always wanted me different from the way I am. You did not have the humor, or the respect, or the discretion, to take as I am. You wanted to educate, dominate, improve, redeem me. In vain I warned you, with all kindness and delicacy, that at the age of nearly seventy my life was too thoroughly formed and fixed. I cannot but feel that your outbreak of wrath over such a letter as my next to last is merely the eruption of profounder disappointment and embitterment taking an almost insignificant pretext to express itself.

I had wished so much– I cannot say how strongly–to give this relationship of ours a quality of balance and serenity, of calm, invulnerable cordiality. But now it has reached the crisis which probably threatened it from the first moment. Let us grant it and ourselves the tranquility which alone can restore our psychological equilibrium….

Full of good wishes for you and yours, I bid you a heartfelt farewell.”

Letters of Thomas Mann, 1889–1955 , Selected and Translated by Richard and Clara Winston, University of California Press, 1970. 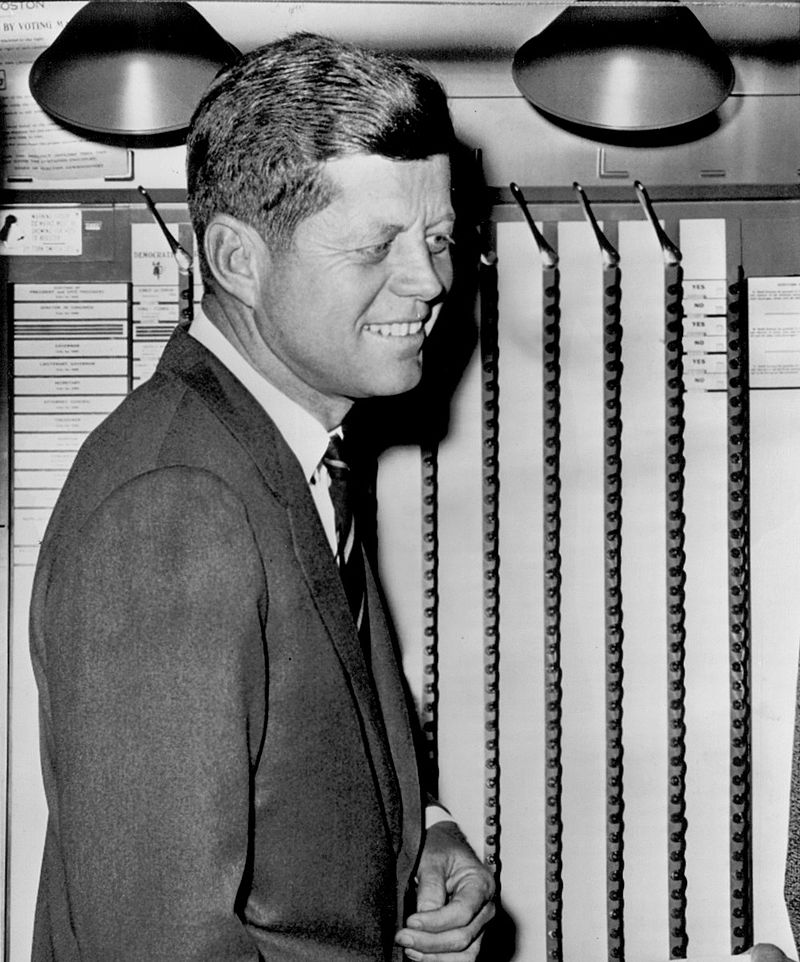 Ronald Reagan loved a joke. It’s been nine years since Barack Obama (in retrospect, perhaps unwisely) roasted Donald Trump at the White House Correspondents Dinner. Trump would in turn nickname his rivals Crooked Hillary and Sleepy Joe. On October 19, the presidential candidates Richard Nixon and John F. Kennedy attended a dinner in New York. The humour was very tame– a ways from jokes about police brutality and the White House being a dump. Back in 1960 Kennedy’s joke involved using the profane words “damn,” and “hell,” (words Ronald Reagan noted in his diary with grawlixes).

“One of the inspiring notes that was struck the last debate was struck by the Vice President in his very moving warning to the children of the Nation and the candidates against the use of profanity by Presidents and ex-Presidents when they are on the stump. And I know after 14 years in the Congress with the Vice President that he was very sincere in his views about the use of profanity. But I am told that a prominent Republican said to him yesterday in Jacksonville, Fla., ‘Mr. President, that was a damn fine speech.’ [Laughter} And the Vice President said, ‘I appreciate the compliment, but not the language.’ And the Republican went on, ‘Yes, sir, I liked it so much that I contributed a thousand dollars to your campaign.’ And Mr. Nixon replied, ‘The hell, you say.'[Laughter and applause].”

87th Congress, 1st Session, Senate, Freedom of Communications, Report of a Subcommittee of the Committee on Interstate and Foreign Commerce, United States Senate, Pursuant to S. Res.305, 86th Congress, Providing for a Study of the Uses of Government Licensed Media for the Dissemination of Political Opinions, News, and so Forth. Part 1 The speeches, remarks, press conferences, and statements of Senator John F. Kennedy August 1 through November 7, 1960.

“There is one way to get a message across and that is with music. Everyone loves music. It is believed that in 1997 a women in Tampa Florida killed her husband and fed him to the Tigers in order to get all of his property and money. People Magazine even did a story on it. http://www.people.com/people/archive/…
Enjoy the video and share with your friends. In this world if you can sleep at night and you have enough money, you can get away with just about anything.”

Tolstoy in the 21st Century: The Diary of Sonya Andreyevna 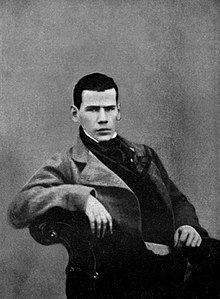 This story was originally published in Issue 10 of the delinquent in 2009.

Monday, April 7, At last, Lev Nikolaevich has consented to installing a computer in the sitting room, though he insists it be used for educational purposes only. He has removed the games Scrabble and Solitaire, and refuses to order the Internet, which he considers a devilish influence. I daren’t push him. I wait for him to join me in bed; he makes endless spreadsheets concerning every aspect of life on the estate.

Thursday, April 10, Lev has not stopped using the computer. He no longer dines with the family. He prefers to eat tins of Mr. Peanut, which he has decided is the true food of the honest working man. Illya and Misha use the machines at the homes of their friends to type their essays for class. When I pointed this out to Lev he screamed at me that he was going to take all of the children out of school and teach them himself from home. To-day he placed a note on the computer forbidding everyone in the house from using it.

Monday, April 14, Lev has ordered the Internet. He was in such a state awaiting the arrival of the cable man that he prowled the halls all night. After it was installed, Lev and the cable man spent hours in the kitchen drinking vodka. Lev has proclaimed him to be one of the wisest men he has ever met.

Friday, April 18, I despair. He is on it day and night, bathed in a terrible glow. He peruses government documents, studies the Greek alphabet, and writes to counsel the miscreants and grotesques who have contacted him thanks to this dreadful machine. Why, I ask you, Lev Nikolaevich, who until this demoniac box destroyed our lives devotedly read my diary, why have you turned your back on your ever Loving and Faithful wife to preach the gospels of our Lord to the strangers at meet2cheat? Why?

-My dear, you are not sound. It astounds me how you love torture yourself, and I pray that if you do not find the peace you seek in this, our earthly world, that you will find it in the second. Lev Nikolaevich.

Tuesday, April 22, Another violent quarrel. Lev has become obsessed with a pile of garbage that floats in the Pacific Ocean which he says is as big as two Americas. He came into the kitchen raving that he is going to fill the grounds of the estate with rapeseeds, which will be used to make ethanol fuel to power cars. A man called Vladimir Grigorevich has moved in. He says that Lev Nikolaevich poured his heart out to him on meet2cheat and he is here to paint.

Monday, May 12, Lev has gotten involved with some Christians in Kansas. He has thrown himself into the organization of a father daughter dance, and insists that he will be flying to Wichita with Sasha and Masha to attend. They are calling it The Purity Ball. The oak trees Lev climbed as a boy have been cut down and the rapeseed fields have been planted. Our beautiful grounds are now a shocking yellow, as far as the eye can see. The new disciple Grigorevich has painted a ridiculous portrait of Lev inspecting his neon property dressed like Mr. Peanut, which Lev raves is as good as a work by Magritte.

Thursday, May 15, I have discovered that the dance is a ceremony where daughters stand before the room and pledge to remain virgins while their father’s slip rings on their fingers like they are husbands! I screamed at Lev Nikolaevich that he might have set a better example not having babies with the women who work on our estate! That his behavior disgusts me! Lev Nikolaevich pushed his chair back from the table and announced that he was moving to Argentina. My spies tell me that he’s staying in an Econo Lodge by the airport.

Biblical Illustrations in The Watchtower

There is a specific aesthetic quality to the illustrations in the book of Bible stories the Jehovah’s Witnesses distribute, best described as ‘MGM epic.’ A Gerber-baby Moses is discovered by Elizabeth Taylor’s Cleopatra; grizzly bears frolic with elephants and lions in the Garden of Eden. Jezebel would fit right in at Toulouse-Lautrec’s Salon at the Rue des Moulins (or the papier-mâché mural at Toronto’s original Pickle Barrel restaurant). A photograph of Sean Young appears to have served as the model for one of Lot’s daughters.

The Garden of Eden

Adam and Eve: “One Millions Years BC”

Lot and his daughters

From Vanity Fair, June, 2012.
In the film Jaws when Mayor Vaughan was asked to close the beaches after a shark attack he replied, “I’m only trying to say that Amity is a summer town. We need summer dollars. Now, if the people can’t swim here, they’ll be glad to swim at the beaches of Cape Cod, the Hamptons, Long Island…” The then-Mayor Johnson also informed readers that it’s believed that Homer was an oral poet and that he’s not big on fear.

The Intermediate Period
Blog at WordPress.com.