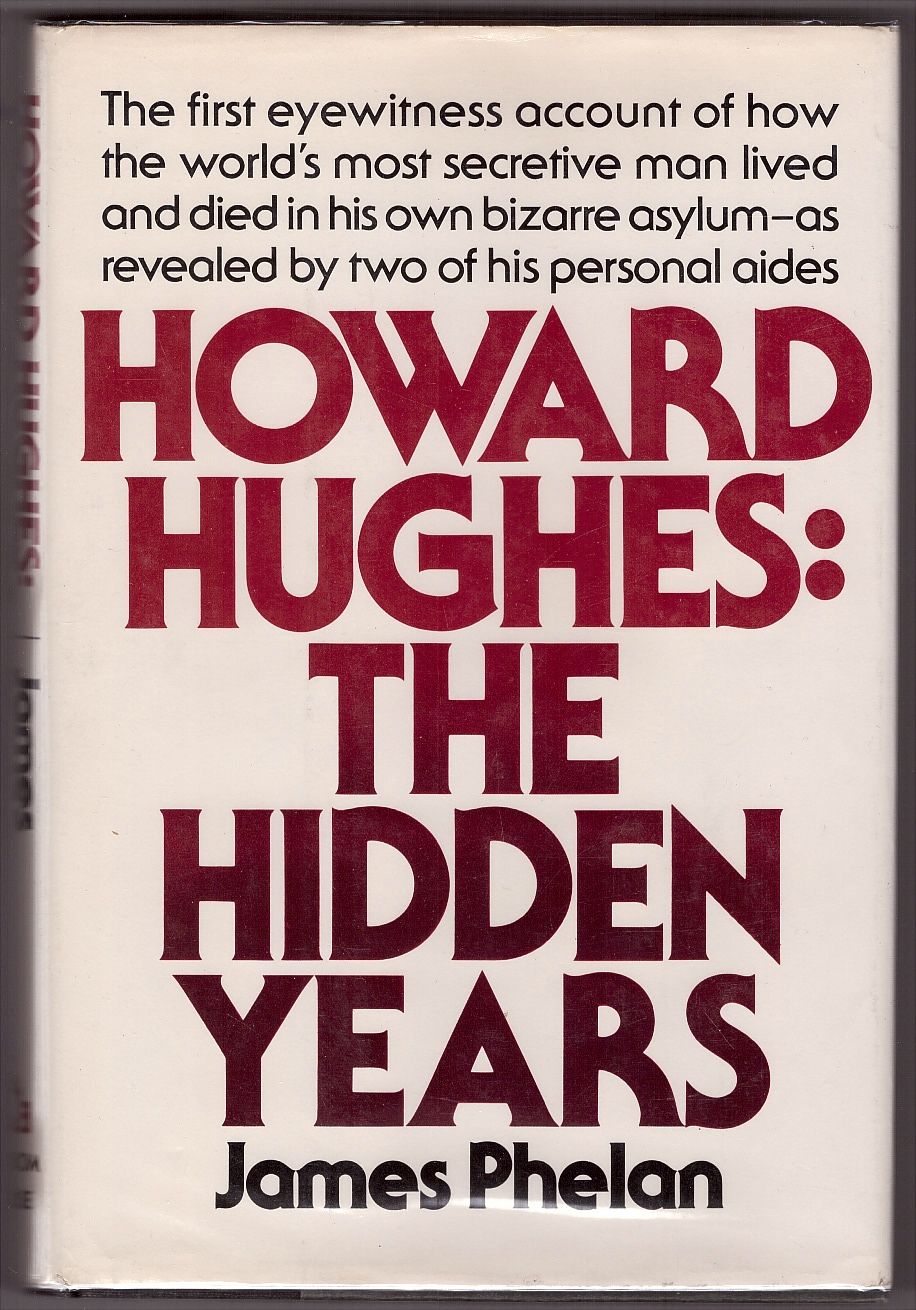 The investigative journalist James Phelan spent twenty years covering Howard Hughes. Two Hughes aides were the primary sources for Phelan’s book The Hidden Years. Published the same year as Elvis: What Happened?, it confirmed the rumours about Hughes’ agoraphobia, opiate addiction, and obsessive compulsive disorder. Like Presley, Hughes’ compulsions were facilitated by a team of men who arranged his hidden passages between hotels in Las Vegas, Managua, Acapulco, Vancouver, London, and Paradise Island in the Bahamas.

Robert Maheu served as the CEO of the Nevada operations. He never met Hughes face-to-face, but they were in constant contact through letters and telephone calls. Phelan noted that Hughes’ complete identification with his functionary ran like a leitmotif through the handwritten memos. “The billionaire wrote entire scripts for Maheu-Hughes to play out for him in the exciting but fearsome world. ” Hughes often referred to Maheu as “I” and himself in the third person, like in this memo, which outlined his instructions for Maheu’s negotiation with a man named William Harrah over the purchase of a casino.

“Try something like this. Bill, I have to go to Los Angeles for a very important medical exam. I had postponed it to be free to come to Reno and meet with you. But if you are not ready, I will go on to L.A. and re-establish my plans.

Now look Bill, I don’t mind waiting another week at all and I am sure this is OK with Mr. Hughes. What has him upset is the fact that he is a man, like many you have met, who just cannot stand uncertainty. He has a number of other projects which depend upon this one. So, you see, his upsetment is not because of the delay, only the uncertainty.

Now, you said this afternoon, Bill, that you wanted to present this proposal at a figure that will be immediately acceptable to Howard. Well, I think that is fine, and it occurred to me that you know in a general way what Howard considers fair.  May I say to Howard before I go, that if he will just be patient for another week and quit fretting over this deal I am confident that when I return from L.A. in a week I will make one call and you will invite me to Reno.”