The Martyrdom of St. Ursula at the Banca Commerciale Italiana 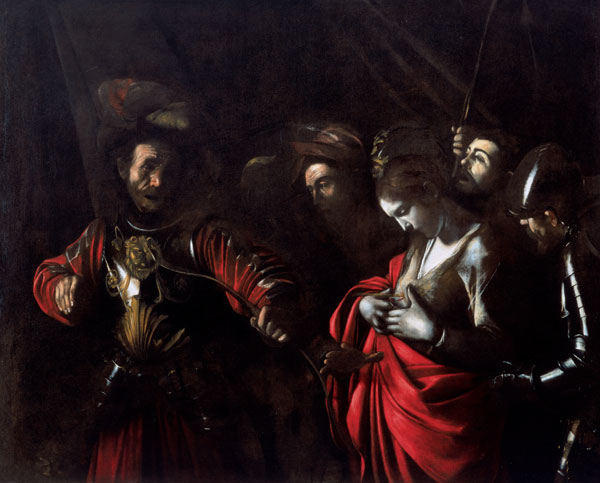 Story told by a Welsh man who lived in Italy in the 1990s: “I wanted to see Caravaggio’s The Martyrdom of St. Ursula, but it was in the Banca Commerciale Italiana in Naples. So I went in and I asked the bank tellers, and they couldn’t help me. I asked the security guard and he said no.

At the time I though it was completely within my rights, that it was on public display. But it turns out it was hanging in a boardroom.

Eventually the security guard got sick of me. He said, ‘All right then,’ and he took me upstairs and showed it me. He gave me some ridiculous time parameter, he turned on the lights for a very brief time, and shuffled me out of there.

I think they’ve moved it, in recent years. Yeah, I don’t think it’s there anymore.”

The Mattyrdom of St. Ursula (1610) is believed to be Caravaggio’s last painting. It now hangs in the Gallery of Palazzo Zevallos Stigliano in Naples.